Intermode’s founding members met on the University of Michigan Solar Car Team. There Arnold, Leda, and Ann designed, built, and raced several solar-powered, street-legal electric vehicles. The differences between the classroom and the real world were made clear as theoretical concepts proved impractical and partial credit was replaced by success or failure. By focusing on rapidly iterating prototypes in new ways throughout the vehicle, they internalized the value of cutting off poor designs early to drastically improve vehicle performance with record low investment time and costs.

The sleepless nights paid off as the trio led the team to several championship titles, both at home and abroad. Their leadership then gave subsequent Michigan teams a framework and mindset to reach the best global finish by a United States team since 1987.

Starting a Start-up at Ford

Following graduation, the future co-founders pursued their first business concept from within Ford Motor Company. They imagined a business for Ford that brought all new and used Ford buyers and sellers into a multi-sided online marketplace. It prioritized transparency and selection to ensure all Ford owners were happy with their transactions and stayed within the Ford ecosystem.

Find Your Ford was first supported by Ford Credit, eventually being seeded by Ford’s internal incubator, FordX. The team leveraged Ford’s proprietary data, brand, and dealer network to build the best place to find and buy used Fords. With a $250k ‘angel investment’, they built a top-rated site attracting dealers, users, and used Fords around the country at a record pace and with a fraction of the predicted investment. Their work and continued perseverance led to the formation of a dedicated used car department, team, and multi-million-dollar budget in Ford Marketing and Sales.

In addition to pitching business ideas, each co-founder gained experience with the present and future of the auto industry through their home teams within Ford.

Arnold Kadiu    From vehicle systems engineering moving to Ford Research and Development, Arnold seized the chance to push limits with electric and autonomous vehicles. Arnold brought his innovative point of view into new features for the F-150 Lightning, Mustang GT500, Transit, and other EVs leading to 6 patents in EV and vehicle structures. He then worked with Argo AI to design a new sensor mounting platform for their next-generation autonomous vehicle.

Arnold also ideated and led several incubated businesses in FordX beyond Find Your Ford focused on:

Leda Daehler    With experience on both the technical and the business sides of the autonomous vehicle industry, Leda is our expert on what it takes to run and sell an AV operation. Leda started her career at Ford researching simulation and computer vision in Ford’s Autonomous Vehicles. Using the top videogame physics engine, she built an autonomous vehicle simulator for research controls teams to test and develop new policies quickly and cheaply in a virtual world.

Leda then transitioned to tackle the question of how Ford could commercialize AVs and become profitable while delivering goods. Leda worked across the entire AV business, considering product, operations, UX, legal, government relations and on. Leda’s favorite work was meeting with some of the largest retailers in the US about their needs and concerns for AV delivery, then designing pilots and experiments with Argo AI to bring these partnerships to life. Leda also led Ford’s first and only to-date in-market AV delivery service with Argo and two local charities to deliver food to families in Miami affected by the pandemic.

Ann Larson    Immediately after starting as a hybrid powertrain calibrator, Ann started testing electrified prototype vehicles in extreme conditions across the country.  Whether it was extreme heat or -40F, Ann always aimed to make the best product, she flushed out problems and came up with quick fixes to keep development moving. If there were bugs in prototypes, Ann always caught them, saving millions for Ford in long term expenses. Ann spent her down time making software tools to streamline calibration work, which prompted her move to a new team dedicated to using data analysis to improve all Ford vehicles. Her process and tools facilitated doing more work with fewer prototypes in less time, which became critical as offices closed across the country.

After a year of isolation with a growing ambition to pursue bold ideas quickly, Arnold, Leda, and Ann joined the Great Resignation and founded Intermode. With their knowledge of rapid prototyping, automotive testing, and autonomous vehicles, the team uses first principles engineering to create a standardized vehicle for robotic delivery companies. By offering an affordable alternative to a custom platform, Intermode aims to Democratize Delivery eliminating as many barriers as possible to allow anyone to start their own robotic delivery company.

Hardware Design at a Software Pace 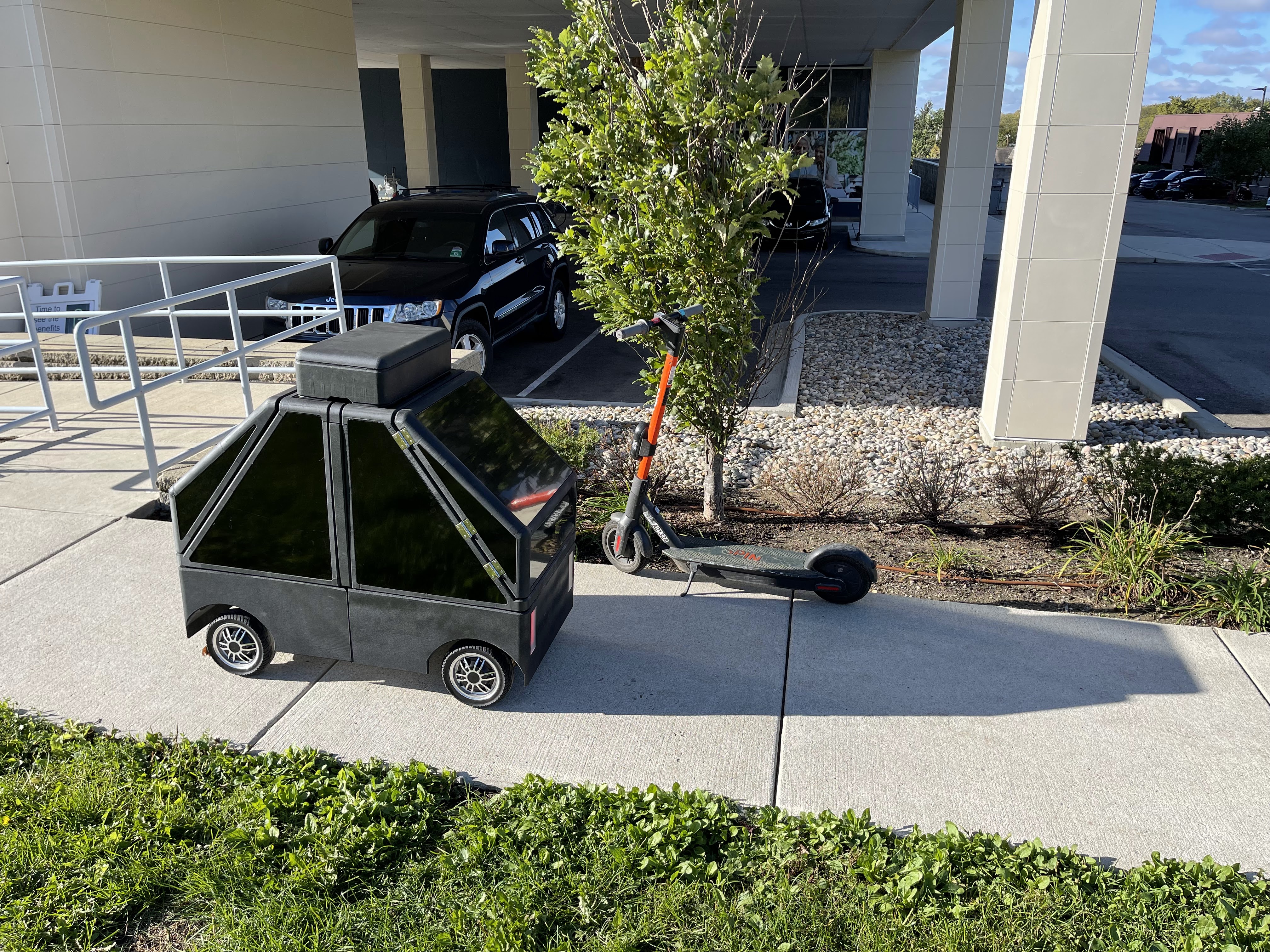